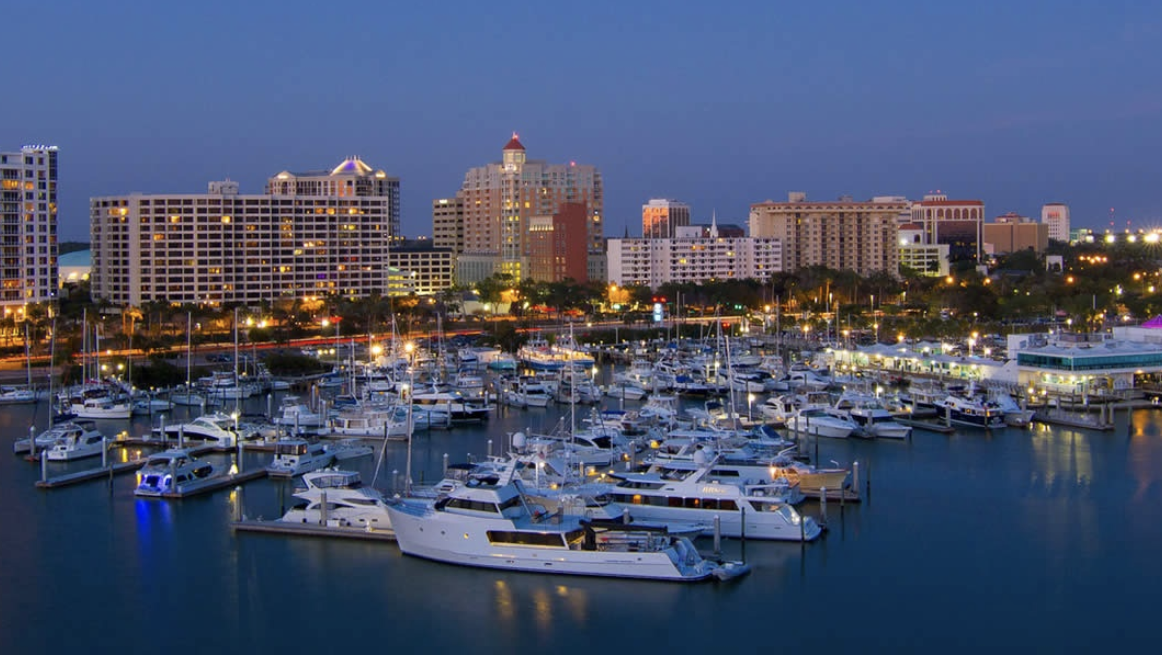 Warm temperatures year-round, award-winning beaches and a thriving arts and cultural scene have made Sarasota a go-to place for retirees and families, not to mention a handful of celebrities (including Stephen King and Rosie O’Donnell). This southwest Florida region, which is about an hour from Tampa and two hours from Orlando, continues to attract new residents with great restaurants and plenty of shopping options.

Living in Sarasota has elements of what many consider paradise, mixed with some hints of reality. As the population grows, the area struggles to keep up with infrastructure needs. Traffic congestion is becoming more common. Those who live, work or visit downtown Sarasota will see their share of construction cranes as the region copes with an influx of residents and a record-breaking number of tourists.

However, as the Sarasota community flourishes, so does its economy. Sarasota offers a sizeable job market for those working in health care, small business and tourism.

** U.S. News analyzed 125 metro areas in the United States to find the best places to live based on quality of life and the job market in each metro area, as well as the value of living there and people’s desire to live there.

What’s the cost of living in Sarasota, FL?
Sarasota is relatively affordable compared to larger Florida regions like Miami, though young families are finding it increasingly harder to buy a home at a reasonable cost. The continuing influx of wealthy residents has affected the cost of housing, as there has been more of a focus on upscale living. Sarasota offers a lower value than similarly sized metro areas when you compare housing costs to median household income.Housing Costs 2016-06
Sarasota
$237,260
USA
$226,500
Housing Costs Over Time