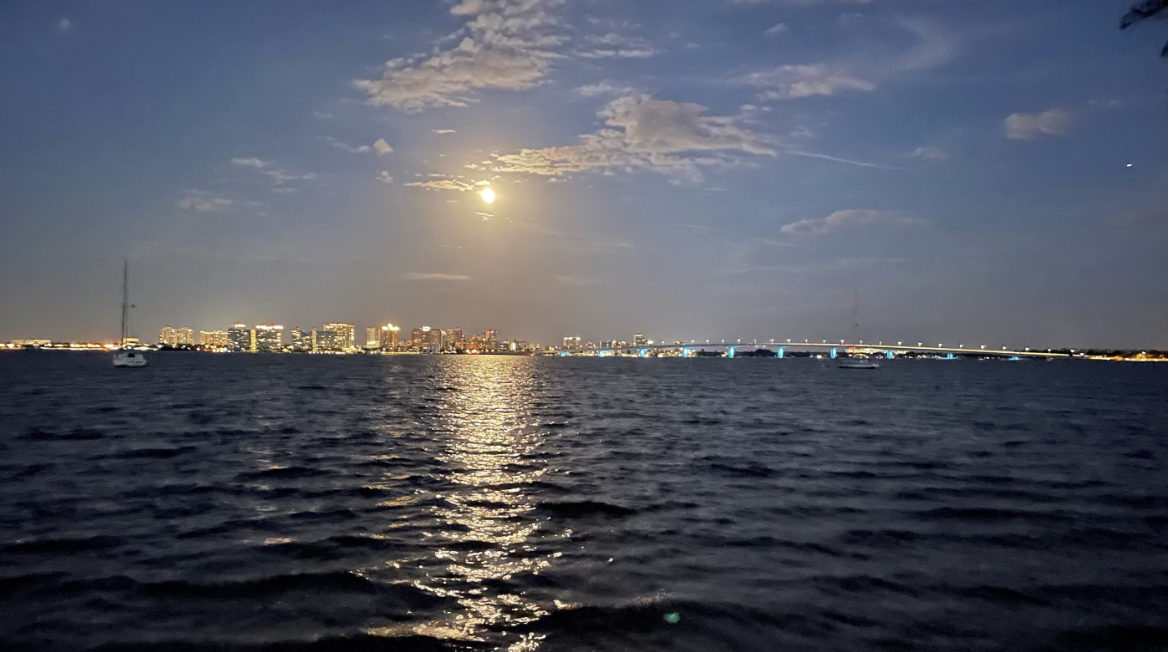 The magazine’s 2021 list ranks Fla. metros in the top four spots– Sarasota, Naples, Daytona Beach and Melbourne – but 7 other Fla. metros also made it into the top 20.

NAPLES, Fla. – It may be getting more expensive to live, but Southwest Florida remains at the top of the “Best Places to Retire” in the country, based on the latest research by U.S. News & World Report.

The state’s metros led the way in the annual findings released this morning by the magazine, with the first four in this order: Sarasota, Naples, Daytona Beach and Melbourne.

“Many retirees are continuing to dream about a Florida beach retirement,” said Emily Brandon, U.S. News senior editor for retirement.

“Sarasota and Naples residents both report a high sense of well-being, and both cities scored high marks for desirability. Sarasota edged out Naples for the No. 1 spot largely due to Sarasota having more affordable housing than Naples.”

Despite Florida’s dominance, another state is rapidly rising, and it’s not the usual rivals for retirees, such as Arizona, Texas and California. It’s the commonwealth of Pennsylvania scraping away at its Rust Belt labeling.

“Several Pennsylvania cities climbed in the rankings this year, often due to the accessibility of high-quality health care facilities,” Brandon told me, noting efforts being made in places like No. 5 Lancaster. “Many old warehouses and buildings in Lancaster have been transformed into restaurants and bars with a diverse collection of cuisines.”

Nearly three quarters of metro areas in the top 25 are located in Florida or Pennsylvania.

But it’s hard to compete with the Sunshine State, which besides retirees, already has become a destination for executives buying mansions. Part of a Pennsylvania pipeline In the Know reported on, the CEOs of Philadelphia-based electronics giant Ametek and major retailer Five Below are among those who have moved into estates in the Naples area, where they recently opened corporate offices.

“Florida dominates this year’s ranking of the Best Places to Retire, taking eight of the top 10 spots on the list,” said Brandon, who also looked at murder, theft and vandalism as part of the study that solidified the top two slots. “We did see that Sarasota and Naples have lower crime rates than some other parts of Florida.”

‘Our big thing … no state tax’
The peninsula nailed down 11 of the top 18 even though Florida isn’t as cheap as it used to be.

Naples, for example, is one of 17 metro areas with places like San Diego, Boston and Honolulu, where a buyer needed more than $100,000 in household income to affordably pay a 10% down payment mortgage, according to National Association of Realtors second quarter data.

“Daytona Beach has the most affordable housing costs of any of the top 10 best places to retire,” Brandon told me. “The cost of living in a potential retirement spot is a major concern for many retirees.”

Sarasota and Naples, however, are able to overcome that in Brandon’s view.

“They are also looking for a high quality of life,” she said. “Naples has the highest housing costs among the 10 best places to retire, but Naples scored high marks for desirability and the happiness of current residents. All of the Florida cities benefited from low tax rates since there is no state income tax.”

“Here, our big thing, has always been no state tax,” LoCastro told me recently. “As the market has fluctuated, and as people may be a little more educated on their finances and their retirements, it’s one of the reasons.”

‘Busiest summer ever’
In 1990, the four I-75 coastal counties of Collier, Lee, Charlotte and Sarasota had a population of 876,000 combined. Today, it’s nearly a million more at 1.8 million.

Coronavirus and the desire to get away from that and the tighter spaces of big city metros to come to green open spaces and sandy beaches has brought more arrivals.

“We surveyed Americans age 45 and older about their interest in retiring in a given metropolitan area, and there is continued interest in Florida retirement destinations,” Brandon told me. “Our survey data found that 23% of Americans who are at or near retirement say the pandemic has changed their preference for where they would like to retire. (Many) soon-to-be retirees are still dreaming about Florida.”

As In the Know has reported, the Fort Myers, Sarasota and Lakeland metro areas were among the 10 fastest growing nationally in the past year among metros with at least 500,000. If Naples, with 400,000, had met that minimum threshold for study, it would have been on the list or close to it.

“Busiest summer ever,” said Grant Phelan, a restauranteur since 1997 who noted that many of the newcomers aren’t just here for the winter anymore. “Southwest Florida is definitely a different town after COVID. No question. A lot of people have moved here. And these aren’t six-month residents. These are people who have moved here for 12 months. They’re going to live here.”

“It’s our footprint,” said Phelan, who says this historic growth period will be marked in the annals of time as “Before COVID” and “After COVID.” “I think we will refer to it is B.C. and A.C. I really do. Southwest Florida, A.C., it just went WSHHHOOOH,” making a rocket sound while shooting his hand and arm upward.

“I see the demand staying strong for a while. The one thing that’s still out there is that we have a huge baby boomer generation that’s coming up on retirement. So as many of them are approaching the retirement years, a lot of them have eyes toward Florida, and Southwest Florida, in particular,” Hughes said. “I think we’re heading into an interesting period.”

No sign of Arizona, Texas, California
It may not be as fascinating for areas that traditionally have drawn retirees. The top metro for Texas came in the form of No. 50 Austin. Consider that the best Arizona could do was No. 116 Tucson. And California? No. 118 Santa Barbara.

“We did see continuing interest in retirement in Arizona, but several Arizona cities had low ratings on the air quality index,” Brandon told me. “High housing prices often make it difficult for people on a budget to retire in California.”

Miami dropped from No. 9 to No. 48 due to decreases in housing affordability, desirability, happiness, job market and health care scores. Jacksonville fell from No. 13 to No. 26 for similar reasons, although its job market score increased.

The only midwestern locale ranking among the best 25 is No. 9 Ann Arbor, home to the University of Michigan and a vibrant, diverse downtown for all ages. Besides Pennsylvania, the only other northeastern area near the top was No. 24, Manchester, New Hampshire.

The new list evaluated the country’s 150 most populous metropolitan areas based on how well they meet Americans’ expectations for retirement, with measures including affordability, health care and overall happiness.

Copyright © 2021, Daily Commercial, all rights reserved. Based at the Naples Daily News, columnist Phil Fernandez writes In the Know as part of the USA TODAY NETWORK.

Related Articles
Buyers Dreaming Answers to your top 5 housing market questions Russell Price, Chief Economist – Ameriprise Financial Aug. 1, 2022 With home prices in many local markets reaching record levels in 2020 and 2021, homeowners and prospective homeowners alike are wondering what’s next for the housing market. Ameriprise Financial Chief Economist Russell Price answers the top 5 real estate questions our clients are asking.  1. […]
Buyers Dreaming NAR Study: International Buyers Are Back …. by Kerry Smith NAR Study: International Buyers Are Back ….  by Kerry Smith In NAR’s annual report, 1 in 4 (24%) international buyers chose Fla. Nationwide, they spent $5.9B, up 8.5%, even as single-family home sales dropped 7.9%. WASHINGTON – Foreign buyers purchased $59 billion worth of U.S. existing homes over a one-year period (April 2021 through March […]
Buyers Dreaming Housing Inventory Continues to Grow in Sarasota and Manatee Courtesy of RASM Market Statistics. SARASOTA, Fla. (July 20, 2022) – With rising interest rates across the country, the Sarasota and Manatee housing market is beginning to see more and more homes available for purchase when compared to last year. According to data from Florida REALTORS® and compiled by the REALTOR® Association of Sarasota and […]